What Vortex Generators Do

Micro Vortex Generators are placed in a span-wise line approximately ten percent aft of the leading edge of the wing. They control airflow over the upper surface of the wing by creating vortices that energize the boundary layer. This results in improved performance and control authority at low airspeeds and high angles of attack.

Manufactured by Micro AeroDynamics under their FAA PMA, these Micro Vortex Generators are made from aircraft grade 6063-T6 aluminum, alodined to a Boeing mil-spec, and ready for painting. Each VG is curved on the bottom to fit the contour of the wing. 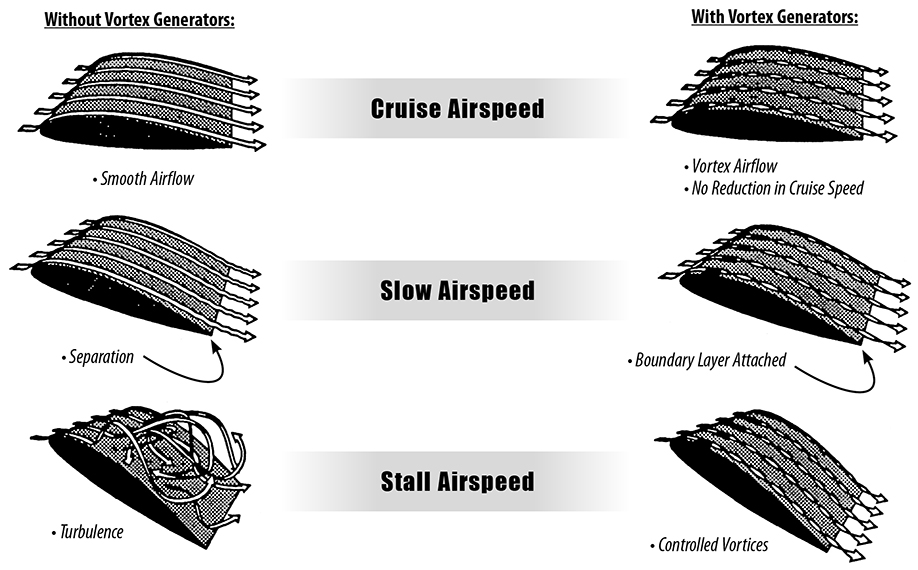 © 2022 Univair Aircraft Corporation. Prices and availablility are subject to change without notice.

All prices are in USD.